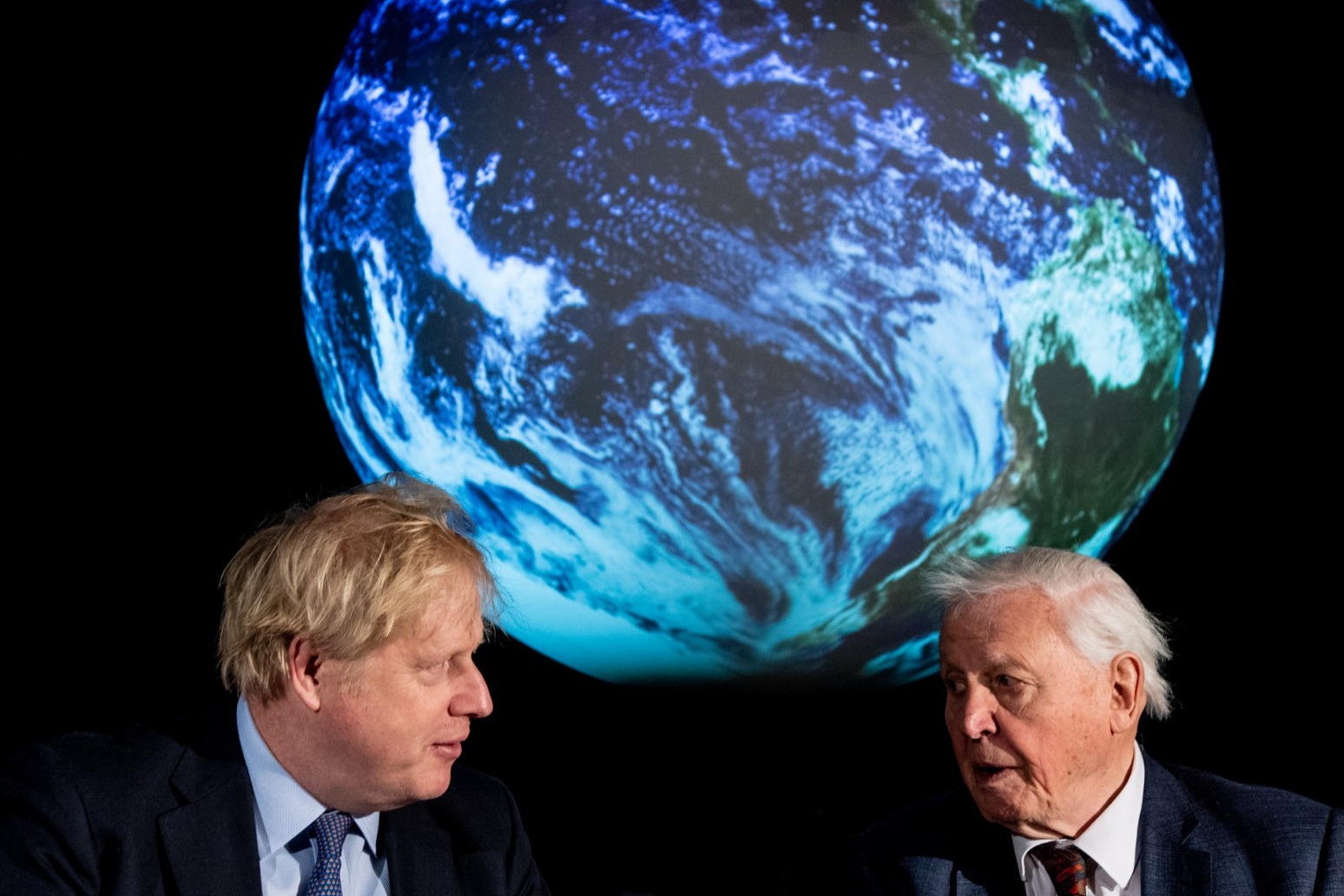 The shadow business secretary said it is “in the balance” whether the UN Cop26 summit in Glasgow in November will secure needed action – or see the same mistakes that led to failed climate talks in Copenhagen in 2009.

Mr Miliband called for the Government to deliver on finance for tackling climate change at home and abroad, and to make sure the transition to a net-zero economy is fair.

It must secure the 100 billion US dollars a year for poorer nations to tackle climate change that was promised in 2009, to help combat the kind of mistrust between developing and developed countries that damaged talks in Copenhagen.

And at home, the Treasury must deliver investment to help people switch to electric vehicles, fund green home retrofits and spur jobs – or risk opening the door to those who say action is too expensive and should be delayed, he said.

His comments come as climate change-driven extreme weather events including deadly heatwaves and floods hit around the world.

At UN climate talks in Paris in 2015, the world agreed to pursue efforts to prevent temperatures rising more than 1.5C above pre-industrial levels to avoid the most dangerous impacts of global warming.

But with the world way off track to meet the Paris goals, a mechanism was built into the agreement to make nations increase their climate ambition, with that process due to deliver in Glasgow.

Mr Miliband warned the world is already facing the impacts of the climate crisis, and every 0.1C of further warming means greater danger, with more extreme weather, heatwaves and flooding.

In an interview with the PA news agency, he said: “Unlike the other issues we face, the decisions we make in this period massively impact future generations, will linger for generations to come, that is the context for Cop26.”

Cop26 President Alok Sharma has said the Glasgow summit must keep the 1.5C goal within reach.

But Mr Miliband said achieving that aim cannot be left up to Mr Sharma alone, saying it requires the “extra diplomatic and political heft of the Prime Minister and others”.

He added: “This is a very difficult, fraught negotiation, and what’s at stake for the UK and the world is that we can’t afford to fail.

“It’s totally understandable that coronavirus is top of mind, but besides coronavirus, it requires every diplomatic, strategic political sinew of Government focused on this.”

Prime ministerial leadership is essential, he said, adding: “He should be taking personal responsibility for this. This should be his mission.”

He urged Mr Johnson to engage directly with countries such as China and Australia to find ways to make them step up their action, warning the summit is not just a photo opportunity for world leaders.

In the run-up to the summit in November, “it’s on him, but not just a vacuous boosterism sense, but in a genuine, hard yards, diplomatic, arm-twisting, cajoling sense. He’s got to step up”, Mr Miliband added.

He said every country, including the UK, should be doing more on climate action, and simply setting carbon-cutting targets is not enough.

“Unless we make this fair we won’t deliver, that’s true globally and it’s true domestically,” Mr Miliband said. “Fairness is the crucial ingredient in this.

“In the Glasgow context that’s about delivering fairness and justice for developing countries.

“In a domestic context it’s about fairness and justice for workers, consumers, citizens in the UK.”

Mr Miliband accused the Government of thinking the shift to a clean economy can be done mainly through the private sector and consumers, with small amounts of public funding, when it needs investment.

He added: “There’s a real worry that if you don’t deliver on the fairness aspect of this you do open the door to people who want to delay action and people who say we can’t afford to do it.

“All the evidence is the opposite, there is no worse legacy we can leave to our children and grandchildren than failing to act on this, and it does come at a cost and Government should be willing to make the upfront investment to make this happen.”

By contrast in Paris, a coalition of vulnerable countries and developed nations formed a high ambition coalition, which forced major emitters to step up.

“I think it’s in the balance as to whether it’s mistrust – I hope not breakdown – but mistrust, a very disappointing outcome, with all the problems we’ve seen in the past, some of the problems we saw in Copenhagen, or is it going to be like Paris,” Mr Miliband said.

He added he does not think Glasgow will be another Copenhagen, as the situation is different a decade on.

But he warned: “The danger is not just a missed opportunity, but that we let our last best chance to really get to grips with this problem slip by.

“I think future generations will not forgive us.”

A Government spokesperson said: The Prime Minister is leading the call for greater global climate action to tackle climate change ahead of Cop26, as he has done through numerous international summits and through lobbying individual world leaders.

“He is driving forward the UK’s green agenda, with his 10-point plan alone mobilising £12 billion in Government funding and stimulating around £40 billion in private sector investment over the decade.

“He has also made clear the transition to clean energy at home will be ambitious but affordable and fair, with keeping bills low as a priority.”

The spokesperson added that under the UK presidency of the G7, all seven countries had committed to increase public finance commitments and the Government is calling on all donor nations to step up to support developing countries ahead of Cop26, with the UK pledging £11.6 billion in climate finance funding up to 2026.

The UK will offer its “complete support” to the US if Joe Biden opts to extend the deadline for withdrawing troops from Afghanistan after the evacuation situation in Kabul worsened. It comes as the Ministry of Defence (MoD) said seven Afghan civilians had died in the chaotic crowds outside the city’s international airport. Defence Secretary Ben Wallace, in what is likely to be read as a plea to Washington, said […]